On November 24, 2004 as the clock struck zero, over 91,600 fans cheered when the score board proved the LSU Tigers had defeated the Ole Miss Rebels in the last home game of the season. As the multitudes exited the stadium for the last time that season, engineers, project managers and crews were anxiously waiting to transform the outdated stadium into the modern era. Following the rivaly game, also know as the Magnolia Bowl, crews and equipment commenced removing bleacher seats and signage. 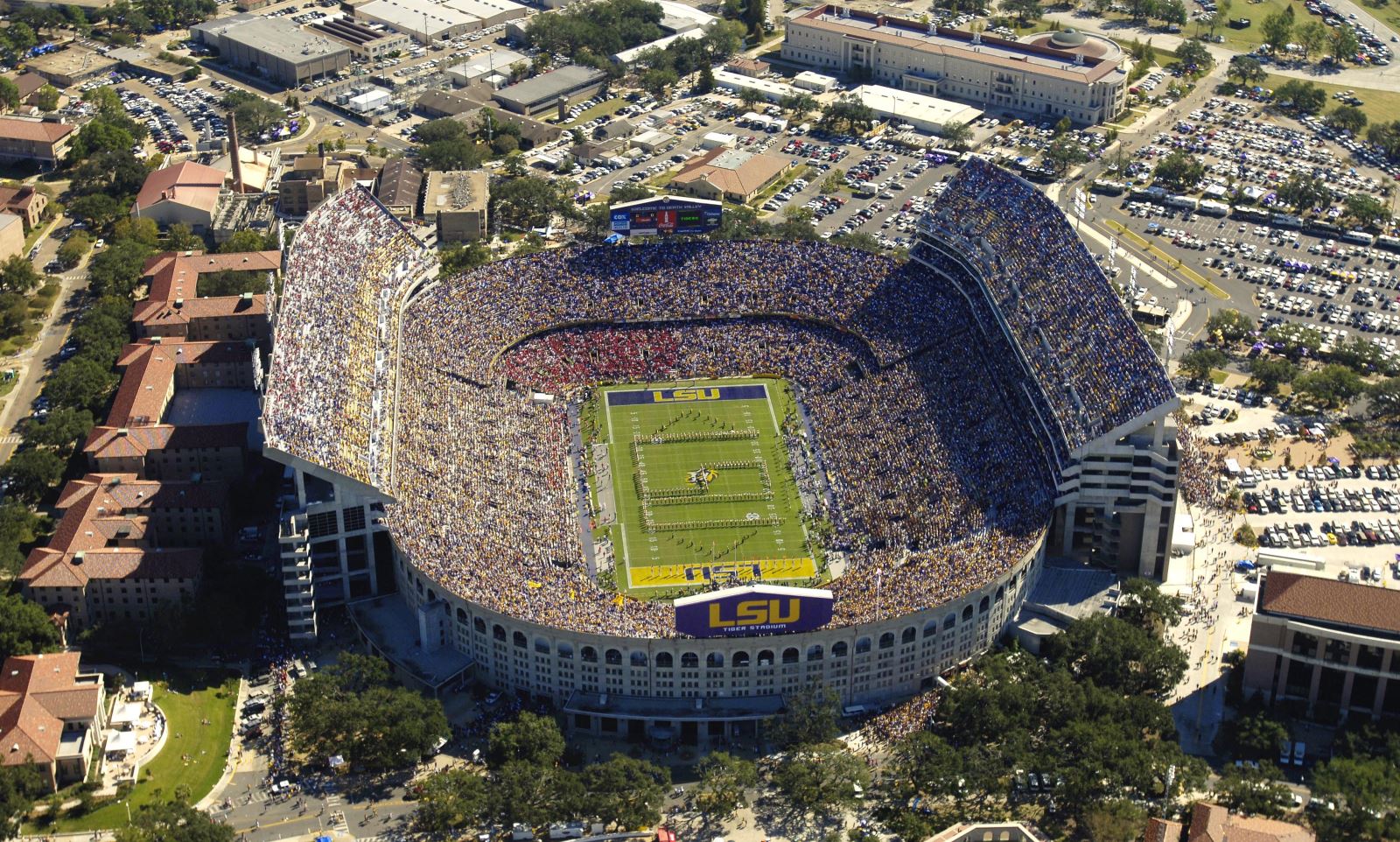 Tiger Stadium — popularly known as Death Valley — was originally constructed in 1924. The Louisiana State University Board of Trustees approved the update and expansion to meet a growing demand for ticket sales and enhance the LSU experience for fans and alumni.

Taking demolition to new heights, Bluegrass was contracted to aid in a more surgical process for demolishing the west upper deck of the stadium. Using a combination of diamond wire saws and Brokk robotic hammers, we cut the massive concrete upper deck into precise sections allowing the contractor to remove pieces by lifting them out.

Once the decks were removed, crews began to core drill, cut and remove the towering main support columns known as raker beams which had elevated 10,280 spectators above the lower bowl of the stadium. Through precise planning and execution Bluegrass technicians safely core drilled 8” diameter rigging holes through concrete beams while elevated more than 100 feet above the plaza. Precise cuts were made through the 650,000 lb post tensioned concrete beams. This allowed the contractor to remove larger pieces of the overall structure, ultimately accelerating the process.

A total of 70,000,000 lbs of concrete was cut and removed within months, making way for additional bleacher and club level seating as well as the new Tiger Terrace. With crews operating 24/7, Bluegrass was able to successfully aid in a fast and efficient demolition process. This was a critical component of the overall project and cleared the way so the necessary upgrades were completed in time for the first football game of the 2005 NCAA season.

Through decades of experience, vast resources of equipment, and complex problem solving, we contributed to one of the quickest structural stadium upgrades in the country. With decades of success in the heavy civil industry, Bluegrass continues to help contractors overcome adverse demolition challenges.