After retiring the space shuttle program, NASA was planning the Orion program for the journey to Mars. The first critical step of the Orion spacecraft journey would be reaching orbit. NASA designed the SLS (Space Launch System) to perform this task. Much like the space shuttle booster rockets, the SLS will be assembled at the Michoud Assembly Facility and then transported to the launch location. The existing concrete silos, originally built for assembling the space shuttle booster rockets, had to be removed to make way for larger SLS core stage assembly towers. 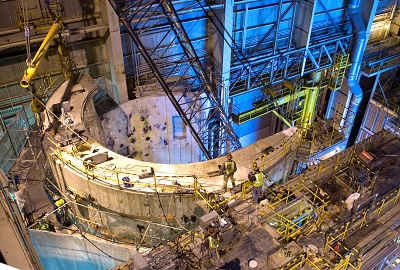 The silo removal project was estimated to take three months. Bluegrass was brought in to regain schedule for the overall project. By working shifts around the clock, seven days a week, with our characteristic competent labor force and reliable equipment, we completed the demolition in a month.

This demolition job, part of a synchronous process, was completed with no reportable safety incidents. Our efficient work put NASA months ahead of schedule. See the massive month-long effort distilled into 3 minutes in this time-lapse video.