On a building site in the heart of Boston’s famous Back Bay area the contractors had a serious problem. Treviicos was constructing the foundation for a 65-story Four Seasons Hotel when their hydromill, a massive and expensive piece of excavating equipment, became wedged and consequently immobilized 70’ underground under an I-beam vertically embedded in concrete. Several strategies to free it had been attempted, but finally Treviicos concluded the hydromill was going nowhere until the I-beam was extracted.

They turned to Bluegrass. Aware of the expense involved in unanticipated shutdowns, we immediately swung into action. The engineering team proposed a plan using a custom-designed saw, the Machine Shop fabricated parts, special continuous loop diamond wire was flown in from overseas, and a crew of experienced operators were pulled from other jobs to man this emergency 24/7 operation. 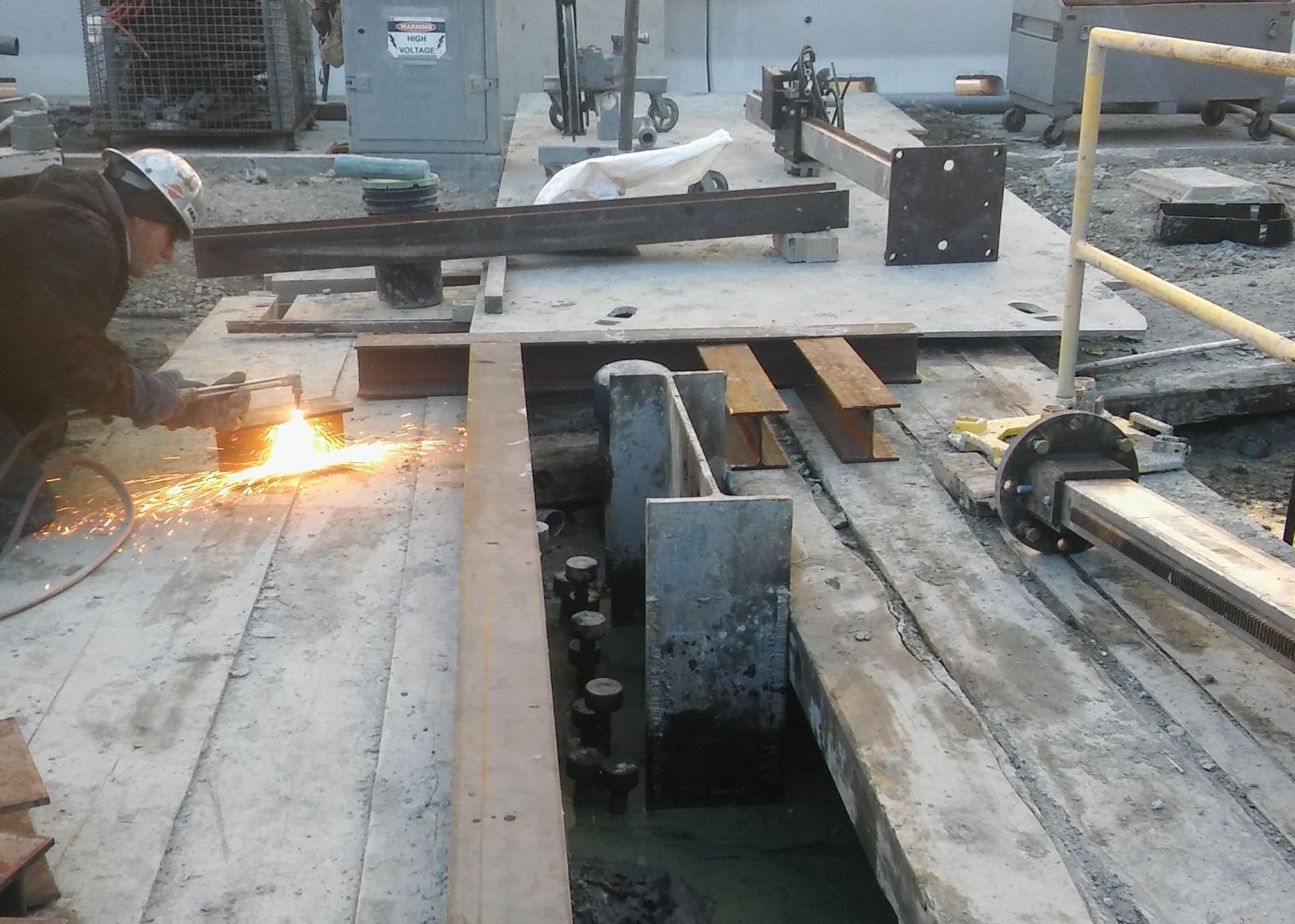 We wanted to maintain the integrity of the concrete wall.  Therefore the cut was located to sever the flanges, the Nelson studs, and the edge of the concrete poured against the beam.  Further challenging the Bluegrass team was finding solid material for the access holes.  One had to be moved 5’ from the originally planned point.  It was February, in Boston, and temperatures were freezing.  At the surface, slurry froze into icicles on the spinning saw wheels.

Freeing the beam for extraction meant slicing through the inch thick flanges and adjacent concrete wall. To accomplish that, two 8” diameter pvc pipes grouted inside 12” diameter steel casings were augured 70’ down next to the I-beam to create access for the diamond wire. The wire rotated on wheels in the casings, then up and across the flanges and the edge of the column which were cut as the diamond wire pushed downward toward the endpoint 70’ underground

15 days, 30 shifts, and 720 man hours after our saws were mobilized, a 70 ton crane extracted the beam, exposing the ragged end where the hydromill chewed into it. Shortly after, the hydromill was successfully raised to the surface. Bluegrass innovation, rapid response time, and attention to safety provided the solution for our clients to get back on schedule.