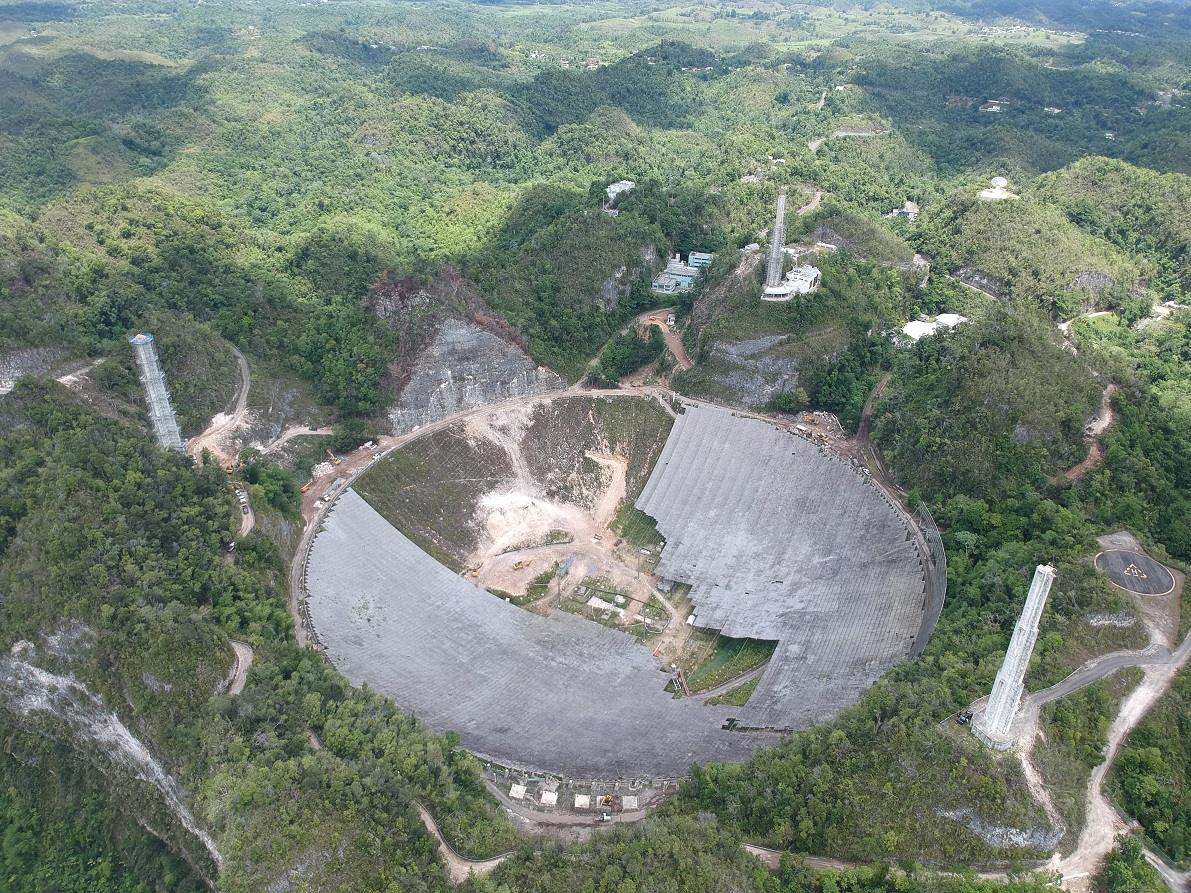 Remember this scene from the Bond movie “GoldenEye?” It is one of the largest radio telescopes on the world, the Arecibo Observatory on a mountain top in Puerto Rico. A Bluegrass team working off scaffolding 245’ in the air has a bird’s eye view of it and the surrounding jungle as they wire saw the tops off 3 concrete towers from which the telescope had been suspended over the reflector dish.
Two support cables broke last year, tearing holes in the 305-meter wide dish. Bluegrass was called in to remove the disintegrated upper 6’ of the 18’ x 18’ towers, which will then be used to support smaller, more sophisticated receiver dishes. Our crew is diamond wire sawing the concrete into pieces weighing 3,500 lbs or less to be removed by crane.